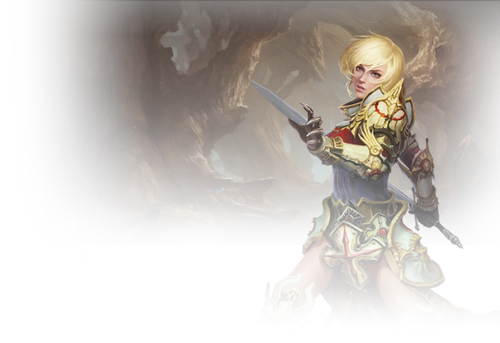 The greatest of the human kings, Hossinger Apelio, was known not only as a wise and just ruler, but also as a terror on the battlefield. Enemies would panic at the sight of the legendary sword he wielded. Many great enemies fell to his blade, so many in fact, that later Warriors would wield a sword in honor of that king.

Warriors make up the vanguard of any group. They are known to lead many groups into battle with strength and valor. Their exceptional fighting ability, coupled with their fiery courage, gives their allies an edge in any group battle. A Warrior's decisiveness and mastery of tactics can bolster the group's morale, often deciding the outcome of the battle.