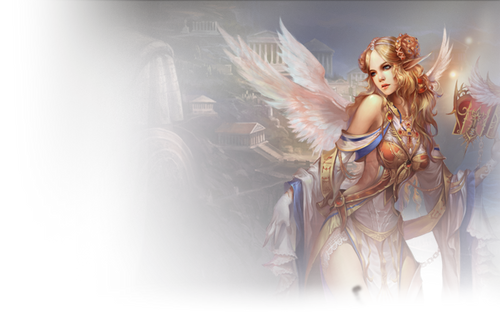 They are the darlings of nature and live deep in the forests filled with majestic trees and clear spring water. Servants of the goddess Illyfue, they inherited Illyfue's manner, therefore they tend to look down upon races who lack their elegance. It is not unknown of their dislike for the Dwarves. In the war of resistance, the Elves and Stonemen formed the Union of the Woods. This Union led them to become close battle companions.

The Elves appear to have it all with their intelligence and beauty, yet they are modest. Their affinities to nature and pious faith to the gods make them fearsome warriors.

The Elves were born as servants to the goddess Illyfue. Because Elves satisfied their master, they were gifted by Illyfue a special relationship with nature, and it is because of this relationship that Elves choose to make their homes in the forests.

The Elves are a beautiful race, but with that beauty also came an arrogance. Historically, Elves have not gotten along with other races, especially the Stonemen and Dwarves. The Elves found the Stonemen and Dwarves o be the most unlike themselves in appearance and therefore the most egregious affront to the Elvish aesthetic. However, the Elves are not blinded by their prejudice and have come to accept other races for their heroism when facing the evils that threatened everyone, though a lingering pettiness may still exist.

During the second Nino War, the Elves moved to the western forests of Cintura. They joined the battle in support of Shylia in the war against Mylvada.